SHOCK is the Proof Of DELUSION 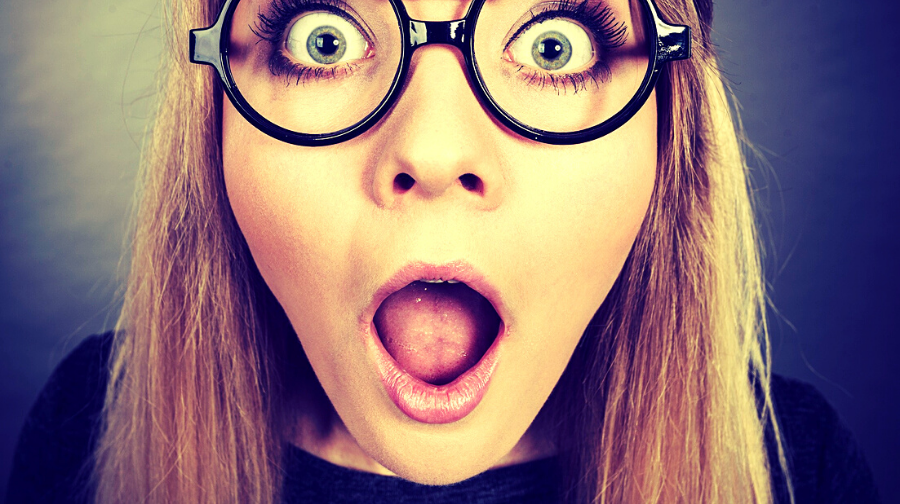 The most common response to my last post, WHAT Made Me CONTINUE In SEXUAL SIN, was shock.

Shock that they (we) had put so much trust in an authority figure only to find out that that person was, indeed, not God (far from Him).

The shock response represents a challenge to the entire way we view the world.

A friend of mine, David, called my post incredibly “inconvenient.” It is inconvenient because there’s something in us that would rather remain sleeping in a comfortable environment that allows us our illusions.

Swimming with the sharks

David told me about a fascinating dream he’d had some twenty years ago. He’d been swimming comfortably in warm water, and some small sharks came to swim near him. But they were manageable… until bigger sharks came to swim too–and the waters got dangerous.

He was in trouble.

Then David saw his father come down to him from a flying platform. He offered to rescue David from the sharks but David declined, saying that he wanted to remain in the water and continue to play. I found the dream fascinating.

We want to remain in dangerous waters that feel comfortable to us, even when we can see sharks. The comfort is preferable to being pulled up to safety.

The sharks represent danger, and the moral compromises we are willing to accept in the bargain for comfort and ambition.

The opportunity to be pulled out of the water up to safety and freedom represent a potential shock to our system.

We are born in innocence, but vulnerable to the corruption of the outside world, from the first slap on our rear ends.

I don’t quite know when and how I lost my innocence. Yes, I’ve discussed being molested as a boy, and later becoming sexually involved with an authority figure as an adult as discussed in the link at the beginning of this post.

But I know that I was set up for these sexual traumas before they actually happened. My identity was somehow separated from me via a series of negative shocks (or traumas).

This happens to all of us, and hence the need to be “born again”–basically reboot the original innocent system!

We lose the paradise of our original existence, and seek its return. But since we have lost our internal compass, we seek the way back from an outside authority–a “seer.” The authority could be a father, but in this world the father has typically had his compass removed too, so unfortunately he generally is not much help in this regard.

The father is unable to provide the guidance we seek.

Then, perhaps, we seek it in some other authority figure like a religious, cultural, or even political leader. One who displays self-assuredness. Ever wonder why Barack Obama gives speeches with an authoritative voice?

“Government, like a dress, is the badge of lost innocence; the palaces of kings are built on the ruins of the bowers of paradise.”

And so we are necessarily burned by the authority figure.

In fact, clinging to the guidance of ANY authority figure–even if he’s providing perfect advice–represents a complete failure on our part.

When I was struggling with the knowledge that I had been taken advantage of (not just sexually, but psychologically) by a Christian minister (authority figure), I found myself reading a powerful book that explained some of the things I was going through. The book is How to Conquer Negative Emotions (now titled From Despair to Meaning and Happiness) by Roy Masters, and was a Godsend to me.

The book is full of powerful insights that describe the problem I faced, and the kind of person who seeks to help us “solve” these problems. Beware!

“Whenever a relationship with external authority replaces the proper bond between a human being and his indwelling self, then all answers and all actions, humanly speaking, are always wrong, even if they are technically, technologically, or moralistically correct.”

How to Conquer Negative Emotions, P. 4

On the next page, Mr. Masters dropped this nugget regarding “leaders”…

“So long as man remains separated from his true identity, corruption will take its toll, causing the mass mind to cry out for a CHAMPION. Recognizing this need, the aspiring leader sees that by simply keeping people from the truth he can become that champion of what appears to be the public good. And so the leech who profits and revels in the glory of leading is going to do his damnedest to keep the light from coming into the world, whereas the true leader leads all men back to themselves.”

The paragraph above perfectly encapsulates what I believe is the true motivation of the Christian minister who led me into psychological and sexual sin, which damaged my family as I mentioned in my previous post. I know he did not do what he did to intentionally cause harm to us. In many ways, he was our long-time friend. But I believe that without the minister realizing it, the Devil influenced or possessed him to do these things.

And to one degree or another, that’s what happens to ALL of us until we are able to see our corruption, and God begins to heal us. This healing is what we are going through now and we are grateful!

So who or what is being exposed here?

In my posts, I have tried to paint a picture of what has happened to me, without being explicit. This type of warning is necessary–I seek to destroy no one.

But ultimately exposing another individual is not the most important thing. Because no “leader” can lead without having followers. And those followers are–as I’ve said–made up of lost individuals who are looking for someone else to lead them.

Frankly, as Americans who are supposedly free, we have had a decades-long obsession with leaders–religious, cultural, and political. Millions of Americans have wasted years of their lives listening/watching to up to three or even more hours per day of leader-generated content. It’s insane when you think about it. Do the math in hours consumed per year–or over a lifetime!

So ultimately, it’s WE who are being exposed, and perhaps this is the biggest shock of all.

It is the main reason we find ourselves victimized by tyranny. A truly free people can never be enslaved.

I know what ultimately led to my speaking out, which has helped heal my soul, and the soul of my family:

#1: Meditating /Praying: For over thirty-five years, I have practiced Christian meditation.

#2: Reading the Bible and other good books (I don’t do it “religiously,” and I don’t read a lot at a time–just until something impacts me generally).

#3: Noting the example of a few brave souls who have been willing to stand on what they see–even if no one else saw it or admitted to seeing it, to finally stand on what I know and expose evil. Sure, not everyone needs to expose their “vices” to the world, but in my case I did. And it was clearly the right thing to do. I know that some who tell their followers not to expose their vices have an obvious conflict of interest!

I am grateful to God for bringing all of these things into my life. Even the “bad” was necessary to wake me up–or maybe especially the bad was necessary. Gratefully, he is healing me, and healing my family.

He can do the same for you and yours. The powerful, positive result just may shock you!

10 thoughts on “SHOCK is the Proof Of DELUSION”