The HARDEST LESSON of All 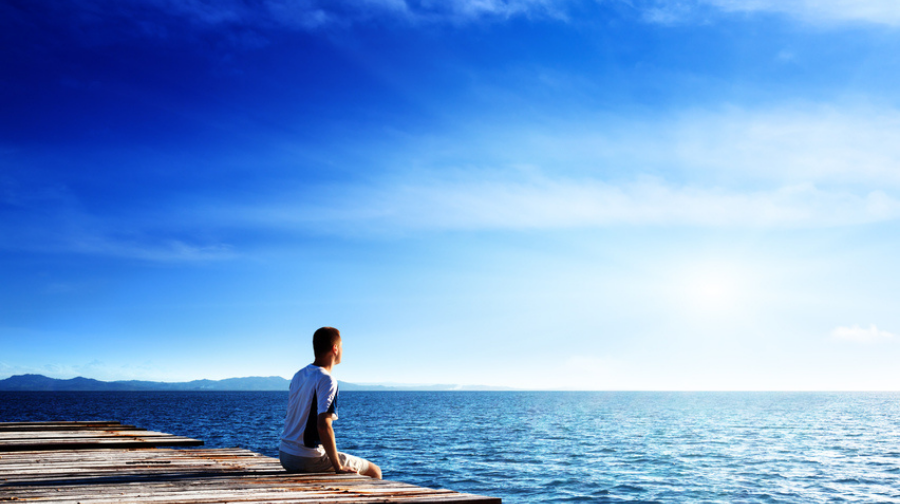 I have been on a journey since choosing to “come clean” about a wrong relationship I participated in with a man in authority.

The journey has not ended. Maybe far from it.

It ends when it is finished, not when I declare it.

Frankly, I’ve made the journey much harder for myself than it should have been. Because I have taken it on as my own.

It is relatively easy for someone like myself to stay out of my thoughts when the waters are calm. But when challenge comes–when I don’t see the result I’d like to see, or when someone challenges the way I am taking my journey for instance–the waters become choppy and like Peter on the Sea of Galilee, I begin to sink.

In other words, when push comes to shove, I see that I am a man of “little faith.”

It’s not that I don’t know what the truth is–indeed I do, and that’s easy to stand on.

What I’ve begun to realize, is that it’s my undisciplined thoughts which produce emotions that cause the “churn.”

And the emotions can be so tricky.

Thoughts that consist of wrongs done to us can cause anger–anger that seeks to be resolved in some form and so feelings of false love can come in to “make up” for the anger. This seesaw of thoughts and emotions can play out endlessly.

As I’ve mentioned previously, I have already apologized to the man who led me into sin for my role in failing to be a true friend and stop him and myself, and for my failure to stay true to my marriage vows and to (spiritually) protect my family.

Likewise, my old friend apologized to me for what he did. From the best of my ability, I believe he was sincere.

Yet I believe that he should go much further and apologize to his congregation for his failure in this, and for falsely portraying himself as a man without sin, even though the Bible makes crystal clear that this kind of sin is the worst kind of all.

Nevertheless, he has chosen not to “come clean” with the people he instructs. That is his choice, not mine.

In this journey, I have put out a warning to him and to anybody he may have hurt, as he hurt me and my family.

I have not sought to destroy him.

I believe what I have done is the right thing. Some people are profoundly appreciative, as it has freed them to be able to stand on what they have seen without doubting themselves.

Some have criticized me for “going too far” or having bad motives; others for “not going far enough.”

I have chosen to take what may be called a “middle” ground–staying inside the boundaries of what I believe is right.

The point I am getting at, is that even though I believe what I have done is correct, my thoughts about these things produce emotions that cause the “churn” of my internal waters.

Or the knowledge that I will be speaking to my old friend (whom I wish no ill, yet can no longer afford to trust) or speaking to someone else who disagrees with me, causes the internal churn too.

I’m leaning on thoughts to somehow “protect” me from potential bad intent in others.

But it is really because–though I have been meditating/praying for decades now, I have failed to heed the instruction to “pray unceasingly.”

It is one thing to sit down in prayer, and maintain a reasonable amount of discipline for getting in touch with my inner self–it is another to live in the same manner.

Thank God for the trials that come, because they expose our weak spots!

In addition to prayer, while engaged in other activities, I have seen the incredibly undisciplined nature of my thoughts. This trial has caused me to see the need for more physical work in my life to pull me out of my head (“Thou shalt work by the sweat of thy brow…”), and for sometimes doing nothing at all–which my wife told me I never do!).

Through it all, I now see the wisdom in having enough faith to approach conversations without pre-planning them (I’ve fallen into this ditch big time!), or overly planning my day’s activities.

The bottom line is, I have never been good at trusting God. This started with a lack of trust in my father, and a feeling that at a young age, I was essentially “on my own” in the world.

This caused me to live in my imagination as a child–becoming what I would call an “imagina-holic”!

Today–though the line between imagination and reality is clear–I still fall prey to leaning on thinking to resolve my problems. I see that this exhausts the mind and body–that it is sheer folly. My son told me he has the same challenge, and I know my poor example in this regard has negatively influenced him, just as my father’s poor example in some areas negatively influenced me.

It is time for me to show the way.

There is no choice

For the rational person–the one who seeks to do right and to live with a light burden (“My burden is light“), there really is no choice but to step out on faith and let the Spirit inside guide us.

I’ve come to that precipice. I believe I’m finally willing to step off, trusting that I will not fall to my death, but instead be lifted up by His grace.

I wish the same for you.

13 thoughts on “The HARDEST LESSON of All”