First LIVE Stream a success! (Russia/Ukraine). WAR has started–it’s time to get EDUCATED! 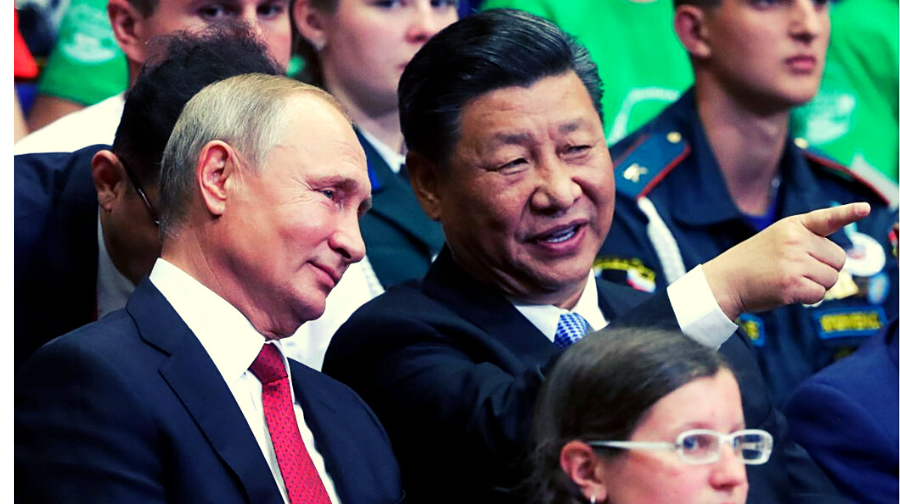 I conducted my first LIVE Stream in a long time last night, with the help of my good friend, Robert Campbell. Thank you, Robert!

Topic: WHY Are We On the Verge of WAR with RUSSIA?

As I have said, I’m no foreign policy expert–but I have a keen interest in FREEDOM–as many Americans and others do around the world. And I do have a lot of questions.

Our conversation centered around these questions such as why have our leaders and media focused our attention so much on Russia–who has not been targeting us nearly as severely as China (particularly via their targeted bioweapon and it’s devastating aftermath).

There’s something not right here.

Our media and even our own government apparatus did all it could to attach Trump to Putin, going as far as to LIE–for which they have now been officially exposed via Special Counsel John Durham’s probe.

I’m not saying that Vladimir Putin is not a threat–he has now gone to war against Ukraine, and is threatening unprecedented consequences for any attempt to interfere with the invasion.

But I do know that the freedoms of the American People are being attacked more from Joe Biden than Vladimir Putin–that’s an undisputed fact.

And I strongly believe that Putin would not be doing this if Trump were still our President.

And I know that just about everything Biden has done in the year he has been in office has hurt the People–it’s NOT an accident.

And I do know that Biden and his son Hunter are knee-deep in corruption with Ukraine, which now has real world costs.

On top of that is Biden’s support for tyrant Canadian Prime Minister Justin Trudeau and his brutal response to the truckers’ freedom convoy.

So it’s understandable that the American People–who have been severely battered by Joe & Company’s “policies” for a year–would not be eager to run toward a war with Russia. This conflict could easily spiral out of control into a potential World War III–as China shows its solidarity with Russia, and eyes an invasion of Taiwan as it watches American weakness.

Any sensible person should prepare for the high possibility of deeper war. At the very least, prices will continue to go up, and likely dramatically.

Prepare for as much independence as possible.

I plan to continue to LIVE Stream as often as I am able, to better educate myself and others as to not only the Russia-Ukraine conflict, but for our current and coming times. With Biden or another corrupt Democrat president in office for another three years–that seems like an eternity.

Let me know if there is anything in particularly you’d like to see me and my guests cover.

With last night’s LIVE Stream, I also demonstrated for others that it is pretty easy to do while bringing on a guest or guests if you wish. If you’d like to know more about how to do this, feel free to get in touch with me.

To Your Health, Success, and FREEDOM!