We Don’t Need Another CIVIL WAR! 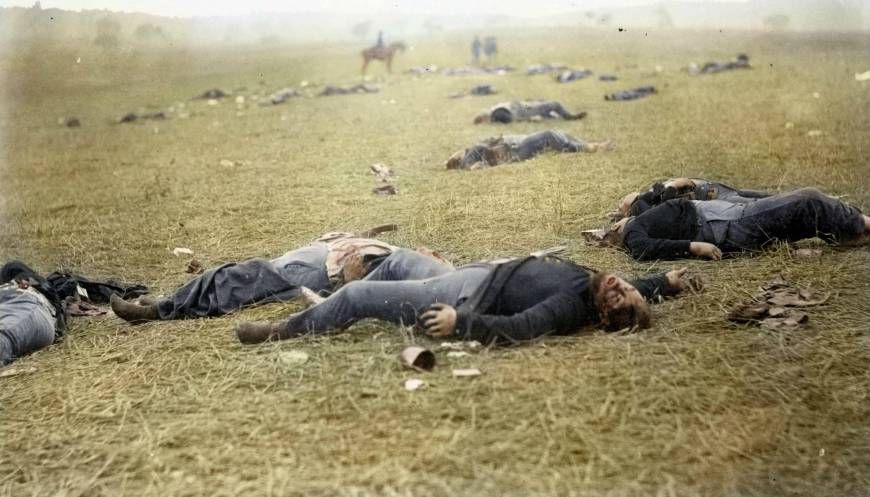 I’ve been watching documentary filmmaker Ken Burns’ classic series The Civil War , and I’m loving it! Since coming to the South, my interest in the horrific fight between Americans has increased dramatically.

Watching The Civil War, I heard Frederick Douglass quoted many times, which piqued my interest too, so now I’m also reading his autobiography! I definitely highly recommend this one. Too many have white-washed Slavery with an image of happy slaves joyfully singing spirituals. This is the other side, from the perspective of an ex-slave.

In times past, I may have watched The Civil War with a jaundiced eye, suspect that it originally aired on liberal PBS, or that Ken Burns is probably a liberal.

But I’m watching it with an open mind, and though I’m sure some people may tell me that it’s biased and is missing this or that key fact, I find it even-handed, and just as important–HUMANE.

In our mad desire to “win” in the political and cultural arena, I find a severe shortage of humanity among us (“right” and “left”). No, I will not equate the two, and pretend that humanity is equally lacking in the two sides. Many leftists are out of their minds with rage and destructive impulses. Yet, I see too little love on the right side of the spectrum as well.

As I watch The Civil War, I’m constantly struck by the good and bad on BOTH sides:

The North stood against the evil of Slavery (that’s a HUGE mark in their favor). Yet, life in northern cities could be de-humanizing, particularly in contrast with more natural and healthy rural living, which the South personified.

And the destruction of states’ rights, which Lincoln started, opened the door to today’s full-on ASSAULT against these rights. Yet nobody can rationally say that any state has the right to sanction the buying and selling of human beings against their will.

The South had a healthy distrust of the corrupting power of the federal government. Unfortunately for them, this distrust was so great that it impeded them from coming together sufficiently within their OWN government to maximize their chances for winning the war.

That so many Americans were essentially okay with a system that treated other Americans as PROPERTY is unsettling, to be frank. Of course, things have not changed all that much: the WHOLE country (North and South) permits the slaughter of unborn children in the womb. So are we any better than the slave-holders?

My point here, is that our hatred for our fellow man blinds us to the GOOD that resides within him. If the North and South COMBINED the good aspects of each, there never would have been a Civil War, and Reconstruction would have gone much better for all concerned, particularly the ex-slaves.

This principle is true of virtually EVERY division we have: black vs. white, right vs. left, rural vs. city, vegan vs. carnivore, “internal” vs. “external” martial arts, calisthenics vs. weight training, etc.

Tribes rule what was once the UNITED States of America, and this same phenomenon is playing out worldwide.

Rise of the “Tribal Chiefs”

Everywhere we see the rise of “tribal chiefs”–those who benefit via money and power from fomenting DIVISION amongst us. We see it all over the Internet–“influencers” who get clicks by insulting people who don’t agree with them.

You probably watch some of them. We all do.

Think about it–is this really productive? Does this place us in a more or less united position? Many of the people doing this call themselves “Christians.” Is this Christian?

Tribes are typically led by “chiefs” who are charismatic, have a way with words, are bold, and insatiable for attention. They cater to our worst instincts. It reminds me of one of my favorite old quotes…

Tribalism is killing our unity, and thus killing our nation and the civilized world. We must overcome it or perish!

I believe healing starts when we recognize the part we are playing in this deadly game. This site will continue to promote the best in natural health, success, and freedom, and it will continue to point out those who are enemies of these, but it will not indulge in gratuitous insults to build our readership.

And I have no illusions–we will not ALL unite. Only those of goodwill, despite our differences. But I believe that will be enough to save our countries, or at least to safeguard those of us who trust God’s grace and the power of a people united.