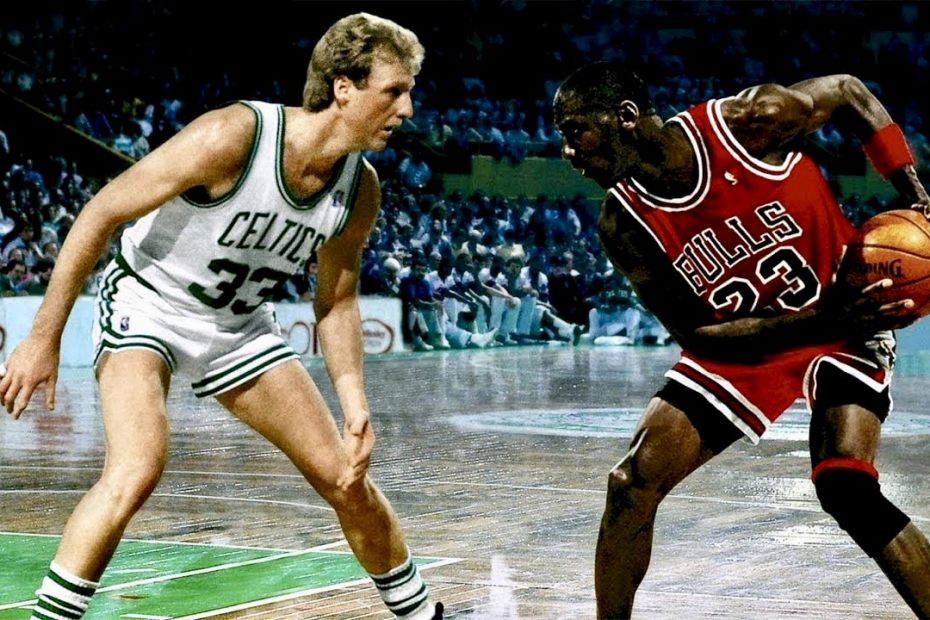 When I have a little free time, I like to scan YouTube, as so many people do. And lately, I’ve been pulling up and binge-watching Larry Bird videos. What’s that all about?

For those of you who don’t know, Larry Bird was one of the greatest basketball players in NBA history. He was also known as the bitter rival of Magic Johnson, with a number of legendary matchups to prove it.

The two—who later became good friends—couldn’t be more different—personality-wise. Magic was “Showtime” in L.A. in the 80s. In contrast, Larry was “The Hick from French Lick” (Indiana).

But their incredibly high degree of skill, basketball IQ, desire, and pure passion for the game was remarkably similar.

The Origins of My Interest

Ever since sixth grade, when I was the “sixth man” on my grade school basketball team, I was obsessed with the sport of basketball. I played at recess during school, and after school, I played till dark or beyond, on the school grounds, local parks, or in my neighbor’s backyard.

Three on three was typically my game of choice, but H.O.R.S.E. would do for shooting contests, and five-on-five full court was always a treat when we could get enough guys or had the room.

I used to go with my friend, Andy, to play at Sepulveda Park in the San Fernando Valley (over the hill from Los Angeles). A lot of blacks played there, which was no surprise as basketball was and is considered, to a large extent, a “black” sport.

We’d routinely witness black players cheating and intimidating the few white players who ventured onto the court. I distinctly remember one time, a tall white player with a sweet touch taking a fair amount of abuse from a particularly obnoxious black opponent.

“In Your Mamma’s Face”

So after hitting a strongly contested shot over the black guy, the white guy said, “In your mamma’s face!” Now, this was the kind of thing that black players routinely said (and say) to each other. But—like the “N” word, they don’t like it coming from a “white boy.”

So the black guy said, “What did you say about my mamma?” And the white guy totally backed down, meekly saying, “It’s just a figure of speech.”

My friend Andy and I saw this, and looked at each other. I think it solidified our resolve not to be “that weak white guy.”

From the moment Bird entered the NBA, he not only dominated against mostly black competition, he trash talked with the best of them, never backing down, and always aiming to get inside the head of his opponent.

As a white man who had seen far too much white appeasement in my time, quite frankly Bird’s attitude was refreshing.

I remember, in 1987, toward the end of Bird’s career, I had moved back into my parents’ home at the age of 27 after blowing my lung out while carrying shingles onto a roof. I’d had a lung surgery and needed to convalesce.

I really couldn’t work, and besides, my dad had been calling me relentlessly asking me to come “home” and help them. He and my mother were older, and in declining health.

It was a rough time in my life, and looking to get my mind off my life, I remember reading about Larry Bird’s continuing exploits on the basketball court. When Bird’s team, the Boston Celtics won, and Bird played well, I’d glory in the victory as if I myself had accomplished it. I’d read the Los Angeles Times writeup over and over again to drill the “success” message into my head.

And when the Celtics lost and Bird didn’t play as well, I’d toss the paper aside. I still have some of that in me today, often consuming information I agree with, and shutting out information I don’t agree with.

So that might explain my obsession with watching so many Larry Bird videos. Yet I’ve just realized that there’s another reason I love these videos—MASTERY.

Larry Bird mastered the game of basketball to a degree I’ve never seen before. He was a white man playing against mostly black players with superior physical skills, though he certainly had some amazing skills, such as exceptional hand-eye coordination.

He practiced until he perfected his game, outworking and out-hustling everybody he played against. To watch Bird at his best is like admiring great art. One black YouTuber commented that he was “like the Jesus of basketball.”

Another new NBA fan—a black female YouTuber—was amazed at what he did on the court.

I’ve noticed how much respect Larry Bird gets from the black community, and I like that. They see what a tough competitor he was (and he’s been quite successful as a coach and executive too). And that’s respectable.

The white guy at the park who backed down after the “In your mamma’s face!” comment didn’t get respect. That should be a lesson to every white person who kisses up to black folks. You’ll get the opposite of what you want.

I’ve certainly learned about myself by watching all these Larry Bird videos. As a white “aspiring Christian,” I see that I’m still subject to identifying with my color. But I also understand that I appreciate seeing someone demonstrate mastery, because mastery is indeed attainable in every area of our lives. In fact, Jesus Christ was often referred to as “The Master,” and I can understand that. Mastery—particularly spiritual mastery—is a laudable goal.

Okay, I think it’s time for another Larry Bird video 🙂

Patrick Rooney is the Founder of OldSchoolUs.com. Its focus is natural health and independent living. Patrick is the author of GREEK PHYSIQUE: The Simple, Satisfying Way to Sculpt Your Body—Even if You’re Old, Weak, or Broken Down; and is also the creator of Greek Yoga™ and the Greek Yoga for Beginners video. He offers health and fitness consulting in-person in Middle Tennessee and worldwide via phone, Zoom, and Skype. To reach Patrick, email him at [email protected].