Have You Thanked GOD Today? 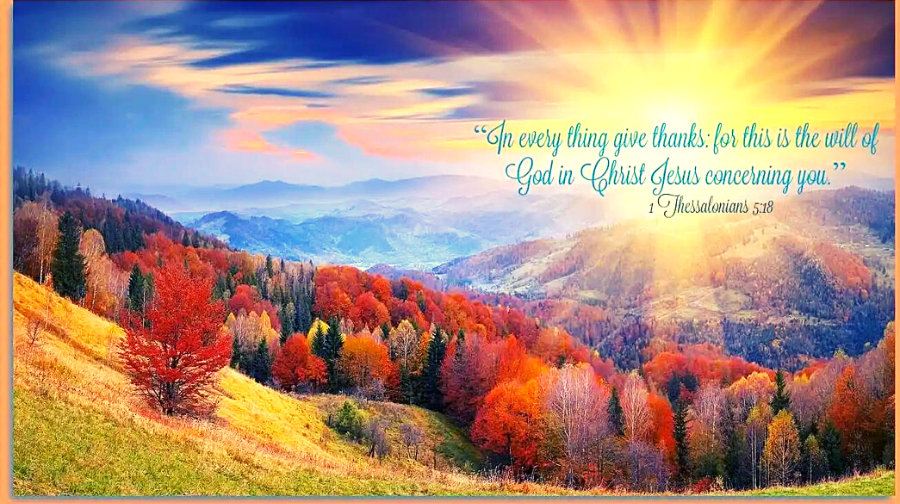 Happy Thanksgiving to you and your family!

I know that this holiday has been largely forgotten / marginalized / commercialized, particularly over the past few years. We have Halloween, and then pretty much we’re on to Christmas.

Thanksgiving retained its “purity” until recently. Now they’ve opened the stores, instead of letting employees take the day off and spend it with family. The Almighty Dollar rules the day.

I don’t want Thanksgiving to be forgotten, and I don’t think you do either.

It has been an eventful year for all of us. I know it has been for myself, and for my family. And for Old School too.

I dropped a monumental post on January 6th, which–along with associated articles, interviews and streams–changed my life forever. I had to repent to God, come clean about some longstanding wrongdoing, and release a public warning. I took a lot of “incoming,” but also had some amazing conversations that were a total blessing.

I’d hurt my family deeply (and others who had put trust in me), and the repercussions persist to this day, though slowly all is being repaired through God’s grace! It’s been an incredible journey that I may never be able to fully put into words.

I’ve moved on too. My story has been told, and there’s no need to rehash. I don’t plan to comment further, unless I see a clear need.

After putting out so much content (and time!) through videos and blogs, I finally burned out, and had to back off. But afterwards, I realized how much I still wanted to communicate with you. I wanted to be able to make an impact, and was attracted to the directness and speed of being able to host a LIVE Stream. It was really enjoyable, with immediate feedback, so I kept at it.

Near the end of Summer, I got food poisoning at a local restaurant, and ended up very sick, taking TWO MONTHS to recover. I’ve never been sick that long in my life, and along the way I learned a great deal. I have always been interested in natural health, but now I have learned some amazing lessons–most of which I have not as yet told you about. That is coming, God willing…

Recently we’d prepared and started to move, with some exciting plans attached to that, but God had other plans for us. We tried but were unable to pull it off–at least for now. There were so many “God moments” on the trip, I think we lost count. He Protected us through our travels and trials!

And now we’re staring into Winter, and making new plans for the Spring. Hopefully–this time–they will be in sync with what God wants for us–and WHEN he wants it for us.

I’m sorry that Old School’s content has dropped off significantly in recent months–it really couldn’t be helped. And I believe I have emerged as a better, stronger man. The school of hard knocks has taught me much.

I don’t know exactly what our content will look like moving forward. We’ve already started LIVE Streaming again–and I’m so thankful and happy to be back. And yes, you’re reading this blog post, so I may be ready to do some more blogging. There’s so much I want to talk about in the world of natural health, success, and freedom. And even beyond. I’m just not sure what format I can use to capture what I want to say.

I will say that I am planning to drop a link to a very important documentary about your health and that of your loved ones very soon. Watch for it.

One thing I know: I am THANKFUL… just to be alive after experiencing so much, and after so many years on this earth. I know that I am only alive because of God–not because of me.

I know so many haven’t made it with us. And so many others are ill, or have been damaged in some way–be it physically, mentally, emotionally, or spiritually. Many have lost hope. I “hope” I never lose hope!

Life is truly a gift, and every day it brings many opportunities for growth. I know we live in crazy and scary times, but I also believe that if we trust in God–He will guide and protect us.

As always, I wish you health, success, and freedom!